Managing cookie setting
In order to offer you an optimal experience with the site, we use cookies. These are small text files that are saved on your computer. These include cookies for the operation and optimization of the page, as well as for services such as text or video chat, as well as for advertising based on your behavior on the Internet. For example, you can find out if you visit our website several times from the same device. We want to give you a choice of which cookies you allow:
Mandatory cookies
These cookies are necessary for navigating pages and using basic functions
necessary
Analytical cookies, marketing cookies, services of other companies (independent third-party providers)
Analytical cookies
These cookies help us better understand user behavior.
No
Yes
Marketing cookies
These cookies and similar technologies are used to display personalized and therefore relevant advertising content.
No
Yes
Privacy policy
FAST DELIVERY
BUYER PROTECTION
PRIVACY
Order status
‹ Return to search results │ Home  >  Summer tyres  >  205 / 14  >  ...  >  Michelin Collection XWX 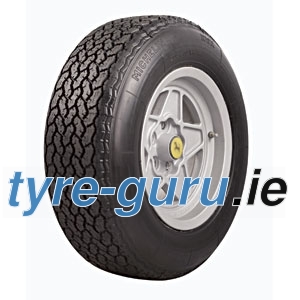 Please note: Prices apply to tires without rim. Depending on the tire dimension, the tread pattern may vary.

Print details
The only radial tyre which could be fitted on the fastest cars in the world in the 70’s, the XWX gives these high speed vehicles outstanding road holding and remarkable grip. A construction designed to reach 300 kph (186 mph)
The special features of the XWX mean that it gives remarkable performance, combining speed, driving pleasure and safety. The original design of its internal construction, together with its flexible carcass give exceptional comfort when travelling at very high speeds. Being a VR category tyre, the XWX can be used at
speeds in excess of 210 kph (131 mph) ; with a maximum speed of 270 kph (155 to 186 mph).

Dream cars
At the end of the 60’s, Germany and Italy were the leaders in the European motorway development programme. They were also the main producers of cars which could reach speed in excess of 200 km/h, (124 mph). The wide asphalt strips and the absence of speed limits offered a privileged few the opportunity to make full use of the
performance of these 'super-cars' at speeds which would be unthinkable today.

• The Lamborghini Miura (1966), Ferrari 365 (1965), Maserati Ghilbi (1966) ; de Tomaso Pantera (1970) and Porsche 911 Carrera RS (1972) were the undisputed stars, but the large German saloons like the Mercedes 300 SE 6,31 (1968) and BMW 3.0 SI (1971) also made a strong impression.
• The French were also in the frame with the Citroën SM (1970) as were the British with the legendary Jaguar V12 E-Type (1970) and Aston Martin DBS (1967).Informed observers will note that this exceptional performance was achieved on tyresof the same width as those that fit today’s very sensible saloons.
*Prices include VAT and delivery within Ireland. Free shipping only for 2 or more tyres.
**More than 90% of our orders reach the customer in the specified delivery time.
***Consult the Terms and Conditions page (section 5) for more details
****Visit the Fitting Station Partner page to check the nearest fitting station
Return to search results